A curiosity of mine is this: “How long do chicken memories last?” Actually, I have a lot of curiosities about chickens, wondering how their small minds work and process reality. But memory is one of them.

When we first had chickens they were allowed to roam free. But Debbie got tired of them pooping on the porch (as chickens are wont to do) and their constant scratching in her flower gardens. So we built a chicken fence and locked them away. Before they would come down to the back of the house and star in through the windows of the French doors, led by our rooster Petunia who is the worst food grubber of them all. After the fence went up, the chickens had to develop other routines, and other places to lounge besides the back door.

That change was a year ago, but I’ve since wondered how much our rooster Petunia remember of his old haunts. Well, today it was a warm later winter day and though the snow was on the ground I left the door to the chicken yard open so that our young cat Munchkin could go exploring. Well, it wasn’t too long before the chickens were heading out the gate in the opposite direction. And Petunia hurried on down to the back door and peered in through the window. A year of time and his chicken brain still remembered where he used to go.

The meeting is busy
behind me, with social advancement
plans for their dog park

Use at your own risk, make the list
security cameras for safety
examined membership cards

The lacking will be asked to leave
important community service; make laws, find dues, escape risk
above all: keep unwanted dogs from the dog park

I needed a better coat, something with a little more class than the country-coarse I wear around the yard. So I reached into the back of the closet and pulled out something respectable, stored and unused for years, waiting for just this time.

The coat was pale grey, so pale it was almost white. I don’t know if the coat was ever used much, but I wasn’t its first owner. It was an inheritance from Grandpa.

There is an odd little thrill wrapped up in finding things in the pockets of second hand clothing. I remember the sensation from a few lucky finds in second hand clothes brought into the house. It feels a bit like finding treasure, and a bit like finding the remnants of a past civilization. Much like finding scribbled notes in a book, the pocket discoveries are memorials to those who came before. They are fun when you can imagine the things found belong to someone living, someone still carrying on their adventures somewhere else in the world. The finding is more melancholy when you know the person who left the tokens is dead.

Both front pockets were full. In the right I pulled out a small ziplock bag with a few packets of sugar substitute and two match packets from a grocery story no longer in business. There was also one crumpled paper towel. The other pocket held another booklet of matches, more paper towels neatly folded, yellow with age, and a few tissues. In the bottom of the pocket was one piece of peppermint candy.

The matchbooks and folded paper towels brought the surprise and ache of memory. This was grandpa’s treasure, carefully stored away over a decade ago. Back when he still smoked the matches were a regularly necessity. When I was little he would let me blow the match out after he had lit the cigarette. The sugar was in case it was needed for coffee, the candy because a man needed that for in a pinch. And the paper towels folded for use as tissues was the perennial mark of Grandpa.

Memories that I go looking for don’t catch me by surprise, and the act of deliberately digging up the past provides its own form of preparation, which is a bit of a defense. But unexpected memories stumbled upon, the past preserved as if it had only happened yesterday and so bridging nearly two decades as if it were only hours ago can give a strange hurt made poignant with its unexpected freshness.

Ah, hello Grandpa. No, I hadn’t forgotten you. Life moves so quick, but strange how you are still so freshly here.

I mostly avoid putting stuff on Facebook. Maybe because it feels like too many social sphere’s overlap and things I want to share with one sphere I’m not interested in sharing with another and I’m too lazy to edit who sees what so I just don’t share.

Also, my amusing updates would mostly only be appreciated by myself and a select few.

Case in point. I almost just posted the following to my FB wall: “My butt is tired.”

This statement actually says a lot but most people on FB would not understand.

My butt is tired, but after some therapy I might go out and do some more lawn mowing. 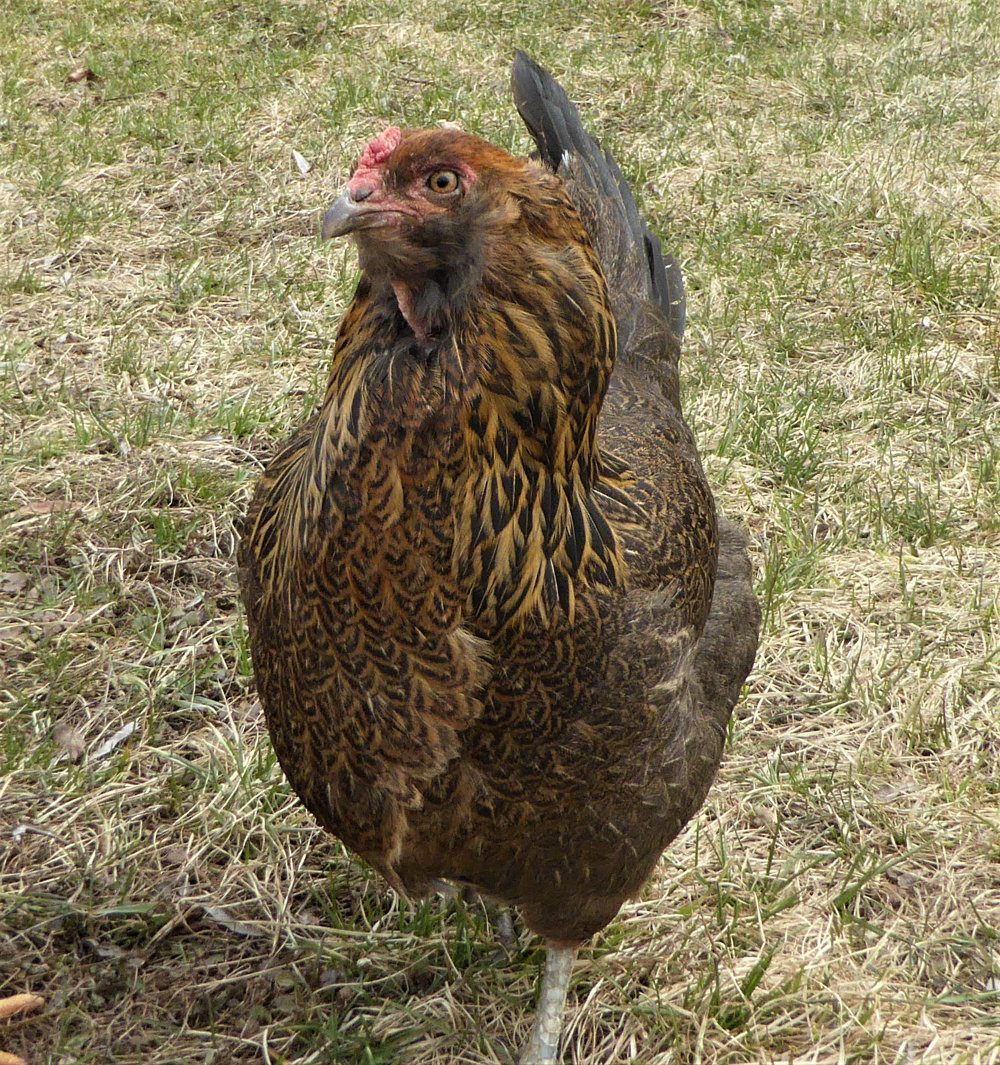 Juliet is one of the new chickens we were given. The flock was depleted by the ravages of a wild animal, with only three survivors. Five added hens have brought the company back to a better number.

Additions to a flock can sometimes be rough, but this time everyone has adapted well. Juliet made the transition best. She has the combination of smarts, and boldness. She also likes to sit on laps.

Today is warm so all the chickens are out and enjoying the approach of spring. They do find comfort and security in numbers.

Only the most hardest of plants have begun to grow outside. Spring has started to stir, but its full glory is still weeks away. Inside, the vibrant splash of yellow is a cheerful reminder of what is coming.

I have an itch to work the earth, but not yet. 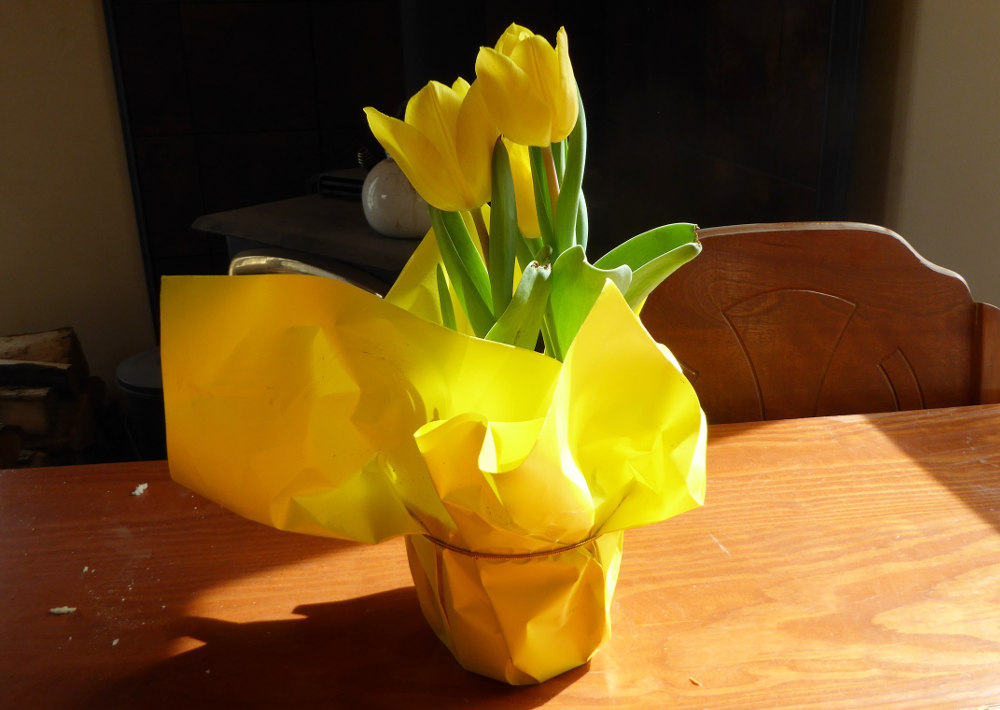 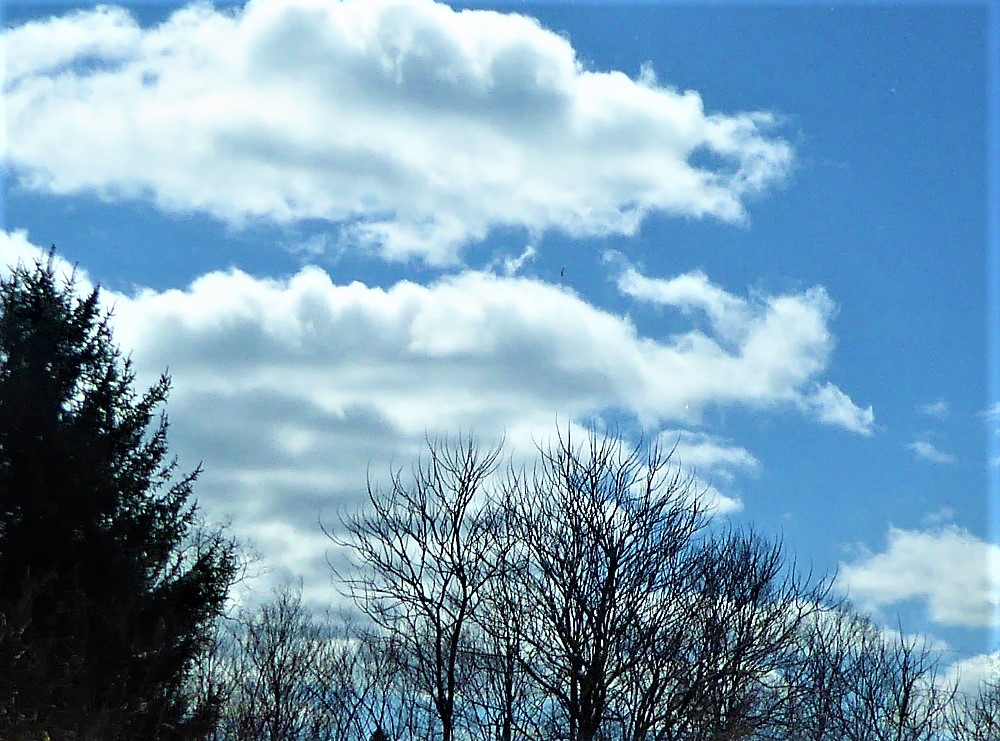 The darkness of winter has passed. A vigorous March wind pulls the clouds across the sky. It isn’t warm, but the sun calls me to come out and rake the yard. Maybe I will after I finish painting the closet.

An autumn wind is the herald of winter’s coming chill. A spring wind calls forth all sorts of activity. 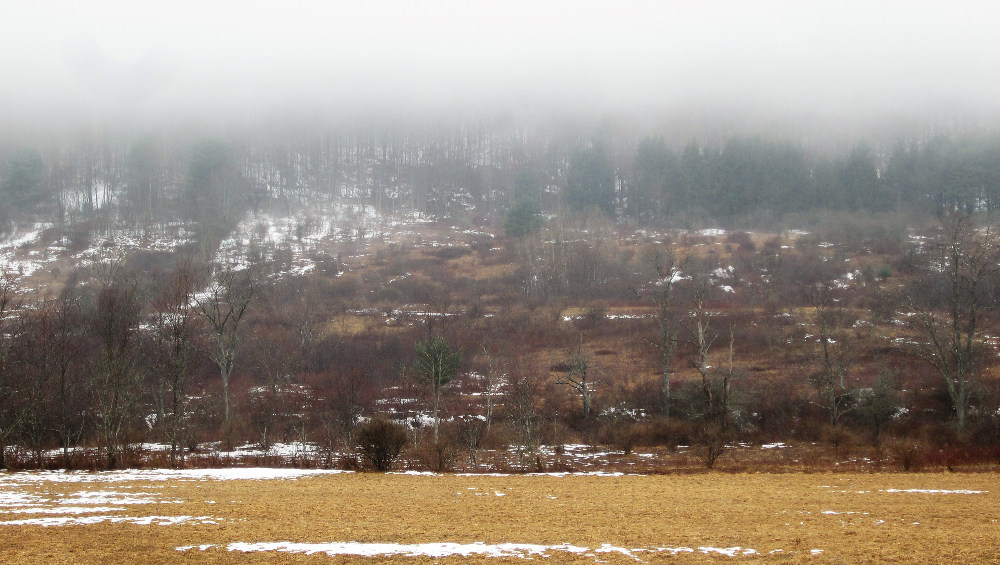 The hours creep on past midday and I glance out the window. Drizzle has been the friend of the morning, and the unseasonable warmth of this late March weather has helped chase away much of the remaining snow. The fog across the valley catches my attention. The dreary landscape rises from field to trees and ends in a wall of gray. Sky and land are lost there and it is somehow grim and tantalizingly curious.

I know the hill is not so very tall, but in the moment of imagination those trees could keep going up and up to a high mountain peak. There might be dragons there.

Fog threatens and invites, and seems it will never leave until it suddenly does. The heavy cloak is a waiting that will soon pass.

“The Silence of God” by Andrew Peterson